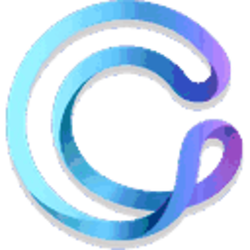 The lowest price of the CyberMiles is $0.002224 & the highest price is $0.002301 in the last 24 hours. Live CyberMiles prices from all markets and CMT coin market Capitalization. Stay up to date with the latest CyberMiles price movements. Check our coin stats data and see when there is an opportunity to buy or sell CyberMiles at best price in the market.

CyberMiles is a new blockchain platform designed to facilitate fast e-commerce transactions. It’s a project from 5miles, a leading e-commerce company and app in the United States. With CyberMiles, 5miles hopes to create the protocols and a library of smart contracts for the future of e-commerce. It accomplishes these goals with high throughput delegated proof of stake consensus and a new virtual machine, similar to the Ethereum Virtual Machine.Last November, CyberMiles raised $30 million in an ICO, distributing 420 million CMT. The roadmap for the project indicates that the 5miles e-commerce app, along with its 12 million users, will begin accepting CMT as payment beginning this summer. At the end of this year, CyberMiles hopes to launch the v1.0 of its blockchain.CyberMiles is banking a lot of its potential success on the fact that it will launch to 5miles’s user base. 5 miles is one of the top 10 most popular e-commerce apps in the United States. It has 12 million total users and does an estimated $3 billion in revenue annually.If 5miles can get even a small portion of that $3 billion to transact in CMT, then it could be a huge boon for the token and the idea of blockchain e-commerce. Launching a platform at this scale comes with its own challenges and excitement. If the 5miles app successfully transitions to a blockchain-based backend, then it would be one of the largest enterprise applications of blockchain to date.

Throw your Bored Apes in the trash

The Markets in Crypto-Assets framework stands to get in the way of Circle's Euro Coin and other digital assets. Policymakers should revise the proposal....

Is post-Merge Ethereum PoS a threat to Bitcoin's dominance?

Cory Klippsten, the CEO of Swan Bitcoin, shares his views on how "the competition for liquidity" between Bitcoin and Ethereum will play out after the la...