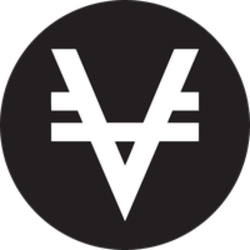 Viacoin current market price is $0.0516 with a 24 hour trading volume of $1,016. The total available supply of Viacoin is 0 VIA. It has secured Rank (Not Available) in the cryptocurrency market with a marketcap of $0. The VIA price is 1.55% down in the last 24 hours.

The lowest price of the Viacoin is $0.0508 & the highest price is $0.0538 in the last 24 hours. Live Viacoin prices from all markets and VIA coin market Capitalization. Stay up to date with the latest Viacoin price movements. Check our coin stats data and see when there is an opportunity to buy or sell Viacoin at best price in the market.

Viacoin is a Script-based cryptocurrency derived from Bitcoin. Similar to Bitcoin and other cryptocurrencies, Viacoin is also an open-source project. Viacoin aims to be the cryptocurrency of future, by integrating many innovative key technologies such as SegWit, APoW, Lightning Network, Dark Gravity Wave, and more. Viacoin claims to allow 25 times faster transactions than Bitcoin. It can be merged mined with the other Script cryptocurrencies like Litecoin, This is done by using an Auxiliary Proof-of-Work (AuxPoW) algorithm. Every six months, Viacoin halves the block reward that is given to users for Viacoin mining, resulting in a low inflation rate of Viacoin.Check out CoinBureau for the complete review of Viacoin.

Throw your Bored Apes in the trash

MiCA is already stifling stablecoin adoption in the EU

The Markets in Crypto-Assets framework stands to get in the way of Circle's Euro Coin and other digital assets. Policymakers should revise the proposal....

Is post-Merge Ethereum PoS a threat to Bitcoin's dominance?

Cory Klippsten, the CEO of Swan Bitcoin, shares his views on how "the competition for liquidity" between Bitcoin and Ethereum will play out after the la...