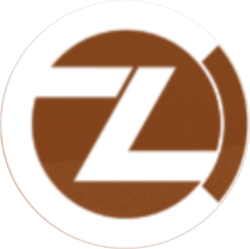 The lowest price of the Zclassic is $0.0289 & the highest price is $0.0884 in the last 24 hours. Live Zclassic prices from all markets and ZCL coin market Capitalization. Stay up to date with the latest Zclassic price movements. Check our coin stats data and see when there is an opportunity to buy or sell Zclassic at best price in the market.

Zclassic is a fork of Zcash founded by Rhett Creighton but with the 20% founders’ reward and slow start removed. Miners are simply earning their fair reward, we believe they deserve it, and the coin development can be supported by the community. ZCL also differs from ZEC by removing the slow start (source), we are not trying to deliberately engineer scarcity: The Market decides the price. We are using the same parameters which were produced in the now famous secure "trusted setup meeting" (source) where Peter Todd participated, and he confirmed to us (source) they are safe to use. If just one of the participants kept their key secret and destroyed it, the whole system is secure.Zcash is a cryptocurrency run by the Zero Coin Inc. In order to fund their operations, a 20% mining “Founder’s Reward” is included. Every block, in order to maintain consensus, miners running the Zcash code send 20% of their newly mined rewards to an address controlled by the Zero Coin Inc. Because the Zcash source code is open source, Zclassic simply removes the 20% Founder’s Reward. This gives people the option to mine a blockchain using the same technology of Zcash, but without paying the 20% Founder’s Reward.The mission of Zclassic is to stay as similar to Zcash from a technology perspective, but to never take any pre-mine, founder’s-reward or any other kind of fee that goes to a small group of individuals with special permissions whether elected, appointed, or otherwise.

Kazakhstan ready to legalize crypto as Russians flock to the country

A major bank in Kazakhstan has completed its first purchase of crypto for fiat and the president is ready to approve exchange activities....

Starkware co-founder Eli Ben-Sasson told Cointelegraph that none of the things that people feared about the Merge happened, and everything happened as i...

Bitcoin price skirts $19.3K amid fear over ‘mother of all rug pulls’

Volatility has yet to make an appearance on hourly timeframes as the clock ticks down to the September close.Bitcoin (...